In an earlier post, I outlined the steps we took to extract and amplify DNA from the beetles we collected in the Discovering Insect Species field trip to Klamath Marsh.   As mentioned, the students extracted DNA from 36 beetles, and amplified two genes for each. Mamo and Danielle came in and amplified some additional Trepanedoris for 28S, and also amplified the MSP gene (Muscle-Specific Protein 300) from 22 Trepanedoris specimens, as part of an exploratory study.  We have never looked at MSP before in Trepanedoris, so we are most curious as to what the data will reveal.

Our next step was to get those PCR products sequenced.  However, before I write about that, some background.

Here are some of the western locations from which we have Trepanedoris DNA sequences already: 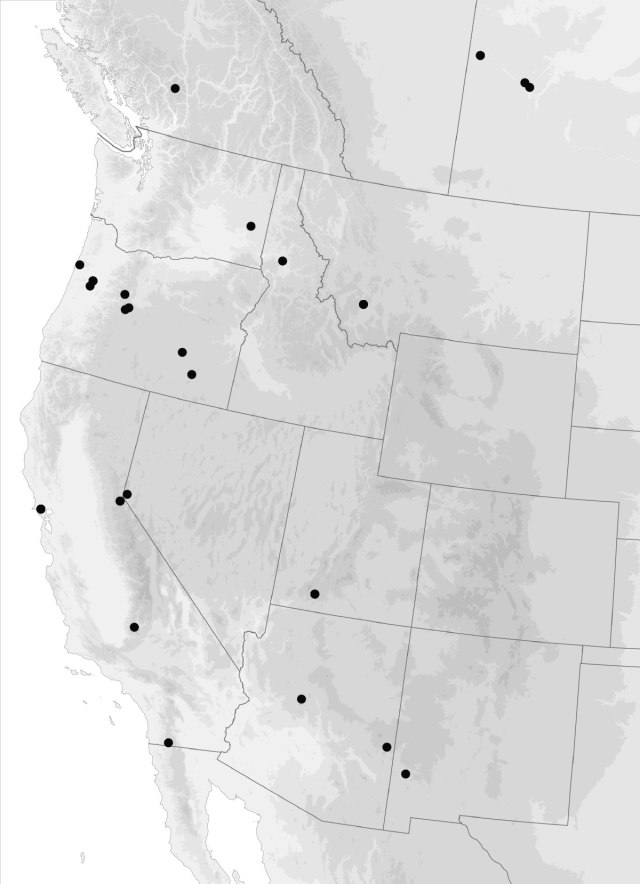 The 36 beetles prepared by the students will add a few key localities (red stars): 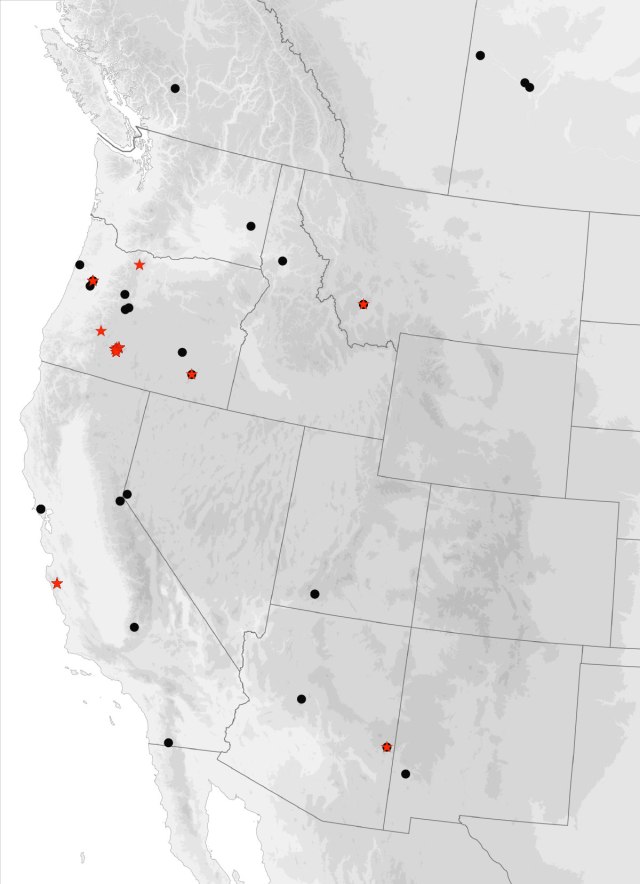 Over the last few years we have been accumulating other Trepanedoris, and getting them ready for sequencing, but haven’t sent the PCR products off to be sequenced (we have been saving them for this course). We’ve extracted and obtained PCR products from an additional 83 specimens from around North America, especially in the USA.  These 83 specimens (blue squares) provide a much denser sampling, especially in California: 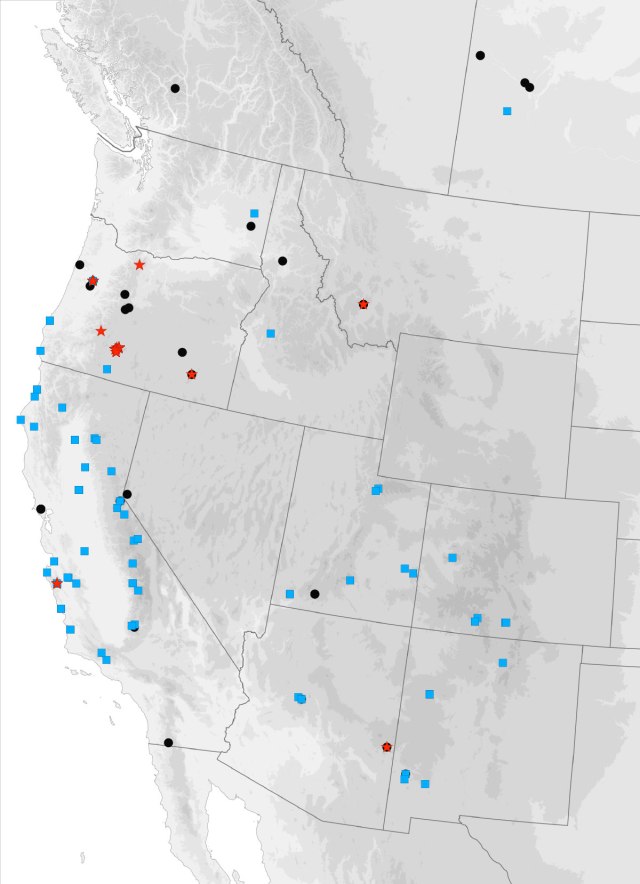 All told, we have over 400 PCR samples from seven genes ready to be sequenced from over 120 Trepanedoris specimens that have never been sequenced before.  We chose 384 of those PCR samples for sequencing, and got them ready in four batches of 96: 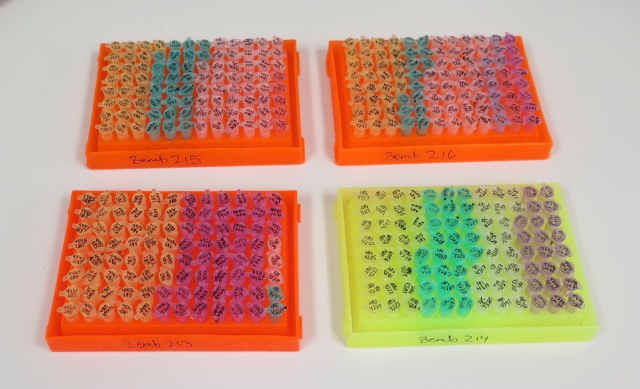 John then transferred each batch to its own 96-well, clear plastic plate: 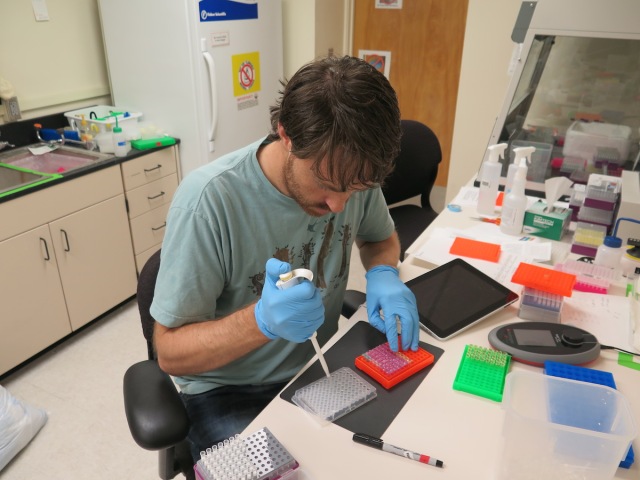 Each plate was given its own name:  Bemb213, Bemb214, Bemb215, and Bemb216.  He then sealed up each plate with foil tape, and put it in the freezer.  These are called the “template” plates as they contain the DNA that will serve as a template during sequencing. For each of the four template plates he then needed to make two additional plates, containing primers (short stretches of DNA) used in the sequencing reaction: 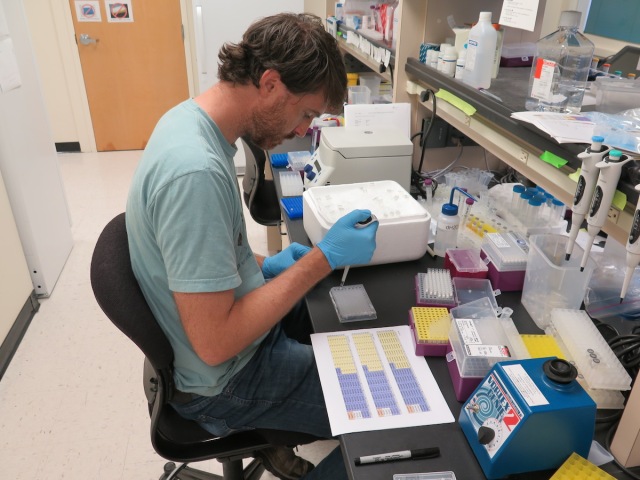 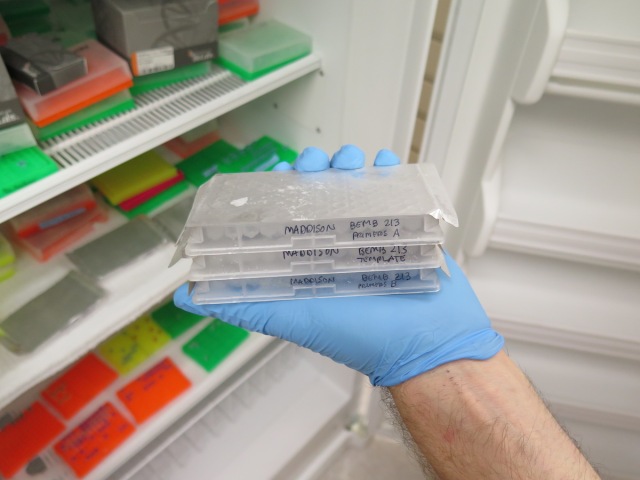 John wrapped up that trio, and put it onto dry ice in a cooler. 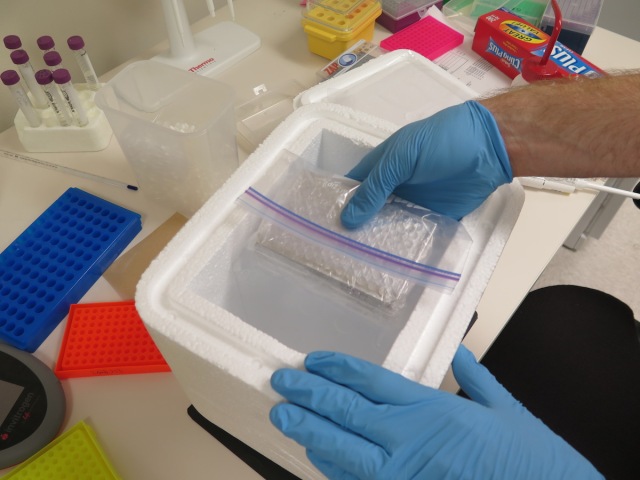 He did the same for the other three plates, put the cooler into a box, wrapped everything up, and off it went to be FedExed to the University of Arizona, were we get our PCR products sequenced.  These went off on Monday. 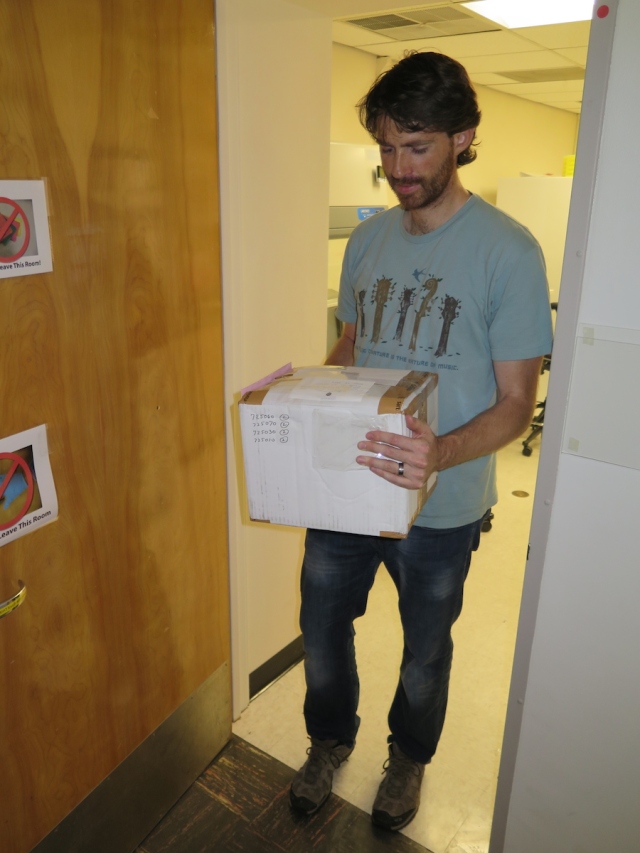 I am absurdly excited to see what these 300+ sequences reveal about Trepanedoris diversity.  Apparently we will get the data back on Friday, but I will hold off on downloading them until class next Tuesday, so that all of the students can be there as we see the results for the first time.

I’ll report back as progress happens!