The beetle of the week is a very elegant species, Bembidion bowditchii, which lives in western North America.  It is rarely caught, but not uncommon in the right habitats: broad sandy shorelines of rivers.  It is abundant on the Kootenay River near Bull River in British Columbia, and along the Nooksack River near Deming in Washington.  Here’s the habitat along the Kootenay River: 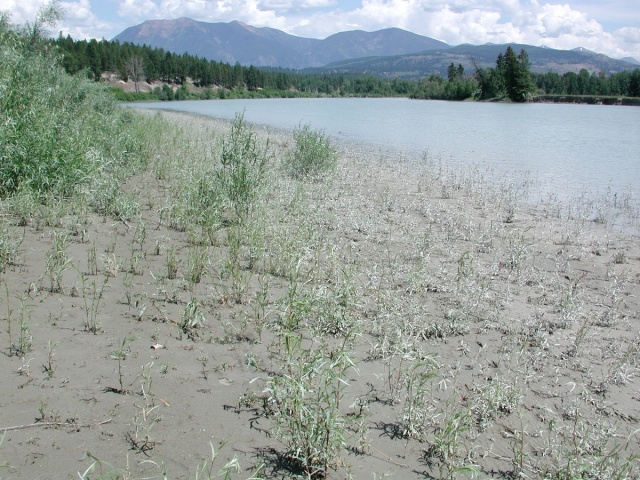 I’ve been to this habitat twice before, and both times the sandy beach was much flatter, and without any vegetation.  Here’s what it looked like around sunset on 1 May 1982 (that’s my brother Wayne in the picture): 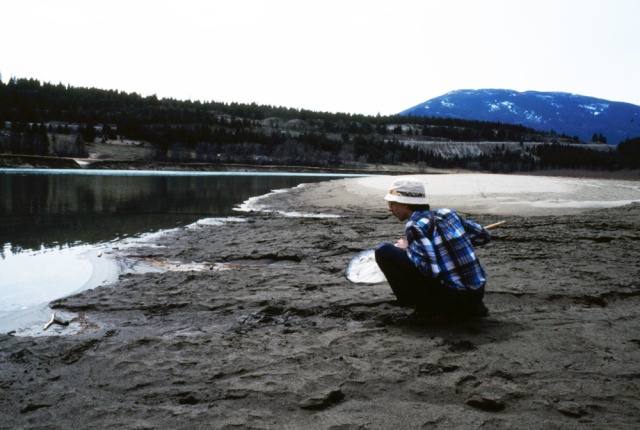 The two other localities at which I have found B. bowditchii were more like this: flat, sandy beaches without vegetation.

This entry was posted in Beetle of the Week and tagged Bembidion, flight, sandy shore. Bookmark the permalink.